An aerial photo from the set of the Han Solo story from Fuerteventura has surfaced. It has been reported that filming would start in the middle of the month and through June for about three weeks of filming with several hundred extras. This report comes from Noticias Fuerteventura. 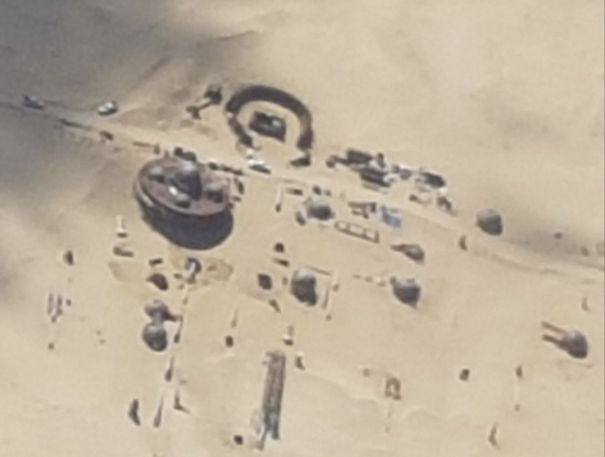 The picture doesn’t really give us much to go on but knowing that there’s a wide open space with hundreds of extras is an interesting tidbit. While there’s no sign of the Millennium Falcon, we can see several spherical structures which may be dwellings or shops on this yet unnamed world.

As filming continues, expect to see more of these photos leak, with the holy grail of spy photos being Alden Ehrenreich or Donald Glover in costume and of course, the Falcon!

Keep your eyes peeled to this site for more information as it happens!