Extremely sad news today as Peter Mayhew, the man behind Chewbacca has passed away April 30 at the age of 74. 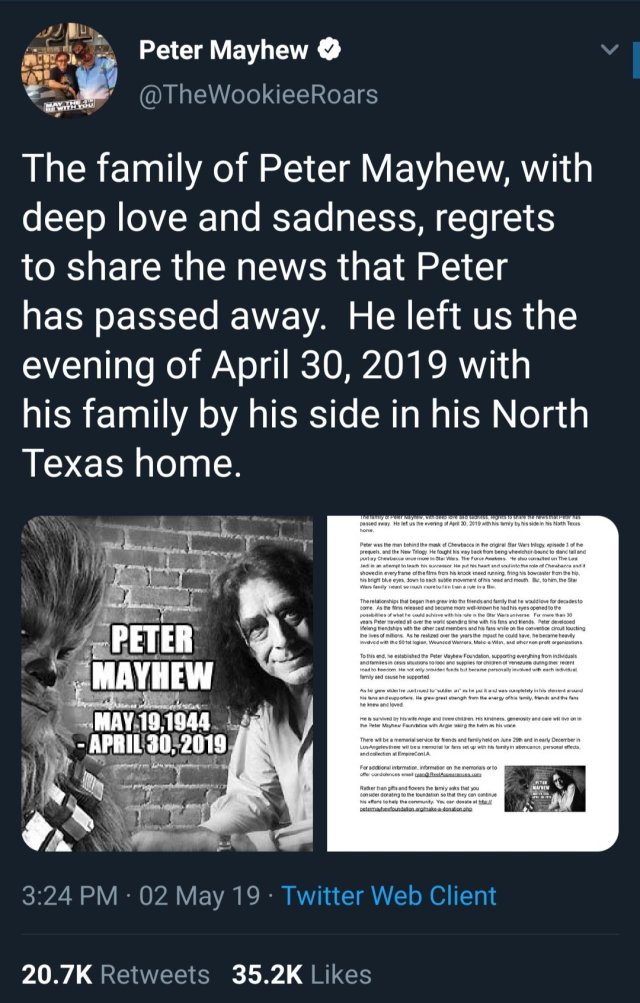 If you don’t know, Chewbacca was hired by George Lucas himself for A New Hope back in 1976 and after May 1977, Mayhew’s Chewbacca had become a household name and part of pop culture and out hearts ever since.

1. Celebration Anaheim 2015, I was on my way to the celebrity photograph area and standing at a desk, talking to an employee, Peter rolled by in his motorized chair. Trying to think quick, I yelled, “Hey, Peter! What’s up?” Peter smiled and acknowledged me as he buzzed by, trying to get backstage.

2. This one is my favorite and from Wondercon when it was still in San Francisco, CA. I met Peter at his booth and had him sign my Star Wars A New Hope DVD and upon taking a picture with him, I kneeled down a little and did my best Chewie roar and this is what I got:

Peter is survived by his wife, Angie, and three children.

We love you Peter. Thanks for the memories.

May the Force be with you.